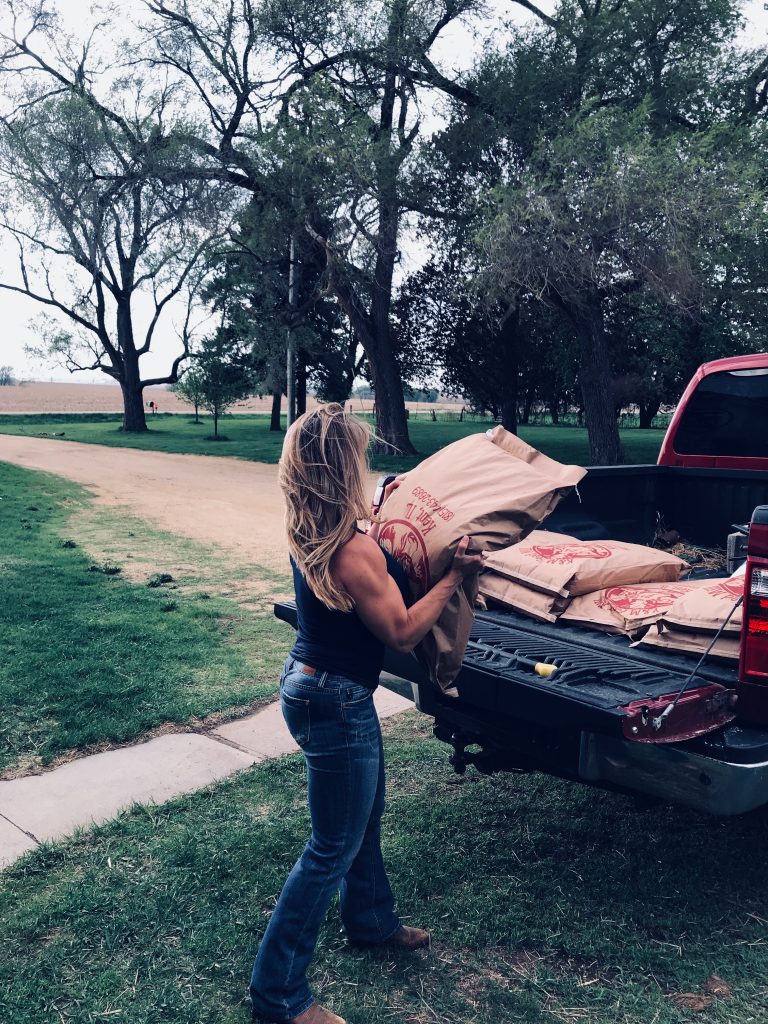 Once Upon a Time . . . in a land surrounded by cornfields lived a little farmer’s daughter.   Despite needing two kidney surgeries before she was 1 year old, her doctors assured her parents that she could grow up the same as any other child. So her childhood days were filled with the activities that only a farm kid knows and loves: swinging across the creek on the rope swing (landing in the creek a few times when the rope would break), jumping from round bale to round bale, building forts in the snow, jumping down from the hay mow, ridinghorses in the pasture, catching fireflies, climbing silos, walking across barn rafters, washing and grooming her show cattle.

She was always a strong girl (probably from carrying water buckets and hay bales) and loved to race and compete. As her childhood days gave way to adolescence, she began to play more and more sports from volleyball to basketball to softball. Her first love was always softball. She continued to play even after severely injuring her spine sliding into 3rd base at the age of 14. From a state high school placing to tying the home run record at her college she continued to pursue her passion for the game in spite of the reoccurring injuries that followed.   The return of back pain and injuries however, led her to her career as a physical therapist.

As a physical therapist she learned the importance of maintain

ing one’s health and strength, but nothing prepared her for the trial she would endure after marrying her husband. You see every fairytale has a dark force within them; this story’s just happens to be our girl’s own body. Every time she would become pregnant, her body would betray her and lose the baby. Despite all the tests and all the doctors, not a single pregnancy gave her what she wanted more than anything—more than sports, more than riding horses, more than helping others with their health---a child to call her Momma.

With her broken heart and broken body she crawled and clawed her way back from sadness and despair after losing her final baby. Her childhood injuries gave her resilience. Her farm life upbringing gave her a strong desire to work for whatever she wanted. So she did. She worked towards building her dream of a family through adoption, and she worked to heal her broken body with exercise. You see, she blamed her body for betraying her, for not being strong enough, balanced enough, or whatever it wasn’t that caused her children to be taken from her. Her heart was broken and she hated and despised her body but her mind knew that she needed to find the strength to forgive her body in order to heal her heart. 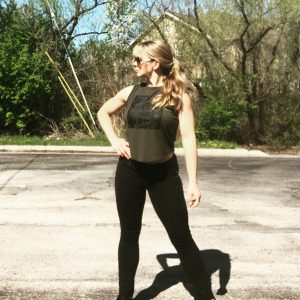 So she found her way to the competition stage. She began pushing herself and her body in a way that it hadn’t been pushed since the early stages of rehabbing her first back injury. She challenged herself physically, but also mentally to overcome the hate she felt for herself. And slowly lift-by-lift, rep-by-rep, step-by-step, she grew to appreciate and love all the amazing things her body was capable of.  Transforming her body for the competition stage was an amazing accomplishment, but the transformation it gave her on the inside was miraculous and it saved her life.

To this day she continues to compete. She hasn’t reached her goal of winning her pro card, but like many things in life, it’s sometimes more about the journey than the destination. Competing allows her to fulfill her need to work towards a goal; to challenge and stretch herself beyond her imagined limits, but it also lets her lead and teach her children by example. Her son and daughter are now an integral part of her training team. They are her cheerleaders, her accountability partners, and her motivation. They see her making healthy choices, working towards a goal with dedication and perseverance despite dealing with setbacks. They see her fall short of her goal but continue to work hard anyway. They also see her love her body and treat it with compassion and respect.

See, fairytales really do have happy endings as long as we are open to recognizing them from what we originally had planned.

Have a Strong Story that would motivate others? We would love to share it! Message us!
Powered by Eat by Color.